Feel the power of beauty in the city on Neva 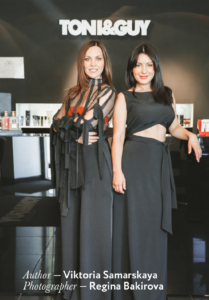 TONI&GUY is a famous English brand with more than 50 years of history.
We visited one of their salons in St. Petersburg, where its founders ─ Sevil Babayeva and Elena Ignatieva told us about the brand’s history, how they met each other and how they decided to open their own salon.

Brand TONI&GUY was established in 1960s by Mascolo brothers, and a single salon in London later developed into an international business chain. TONI&GUY is one of the leaders of hairdressing industry. This place not only follows fashion trends — it establishes new ones. It has been the official sponsor of the London Fashion Week since 2004. TONI&GUY were awarded the pres- tigious «London Hairdresser of the Year» 11 times, and received a «South West Hairdresser of the Year» in 2006.

Their hairstyle and haircuts are based on the classic collection that is revamped every 5 years. TONI&GUY is not just a beauty salon; it is also one of the best teaching system of hairdressing art. Their academy prepares top specialists who have exclusive skills and knowledge of hairdressing techniques that are in demand all over the world.

The brand in St. Petersburg 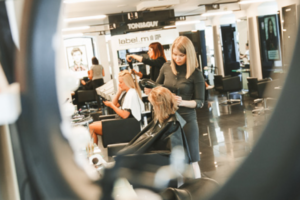 Before they opened TONI&GUY in St. Petersburg, Sevil and Elena had worked in one of the city’s beauty salons. They started thinking about opening their own salon after they had visited TONI&GUY hairstyle show in Moscow. It was there that they felt the power and beau- ty of the brothers Mascolo’s brand — unparallel to any- thing else in the world.

The first brand salon in St. Petersburg was open on July 13, 2005. The owners admit that they not only opened a beauty place that nothing in St. Petersburg can com- pare to, but also borrowed the best from their previous work place, topping all of this with incredible service and their personal charm.
Thousands of locals and visitors trust the professional- ism of TONI&GUY hair masters — including quite a few celebrities. For example, some of their regular clients are the players of FC “Zenit”, a famous rock musician Sergey Shnurov and many others. 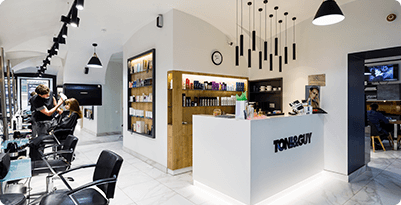 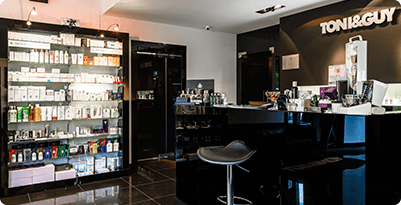